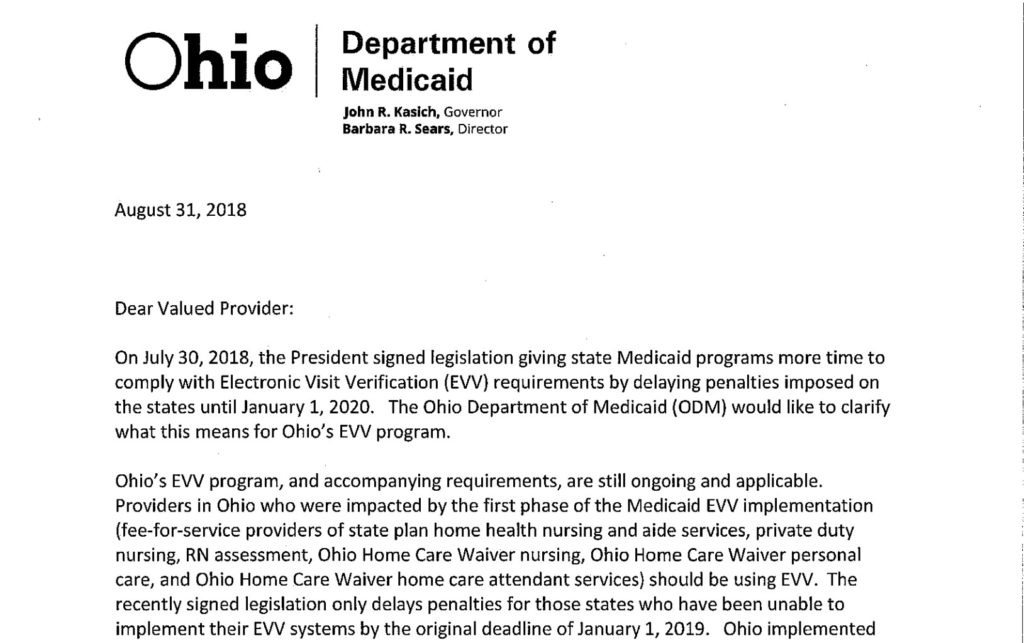 Recently, President Trump signed H.R. 6042 into law, extending the deadline for states to comply with the Electronic Visit Verification (EVV) mandate by one year from January 1, 2019 to January 1, 2020.

The bill does not require states to delay implementation of EVV but delays the Federal Medical Assistance Percentages (FMAP) reduction for states that do not come into compliance with EVV implementation requirements. The Ohio Department of Medicaid (ODM) has already indicated it’s not planning to move the current timeline. As such, it’s critical that agencies continue to test and tweak their EVV systems even with the passage of the bill.

On August 31, 2018, ODM released a letter that was sent from Ohio Medicaid Director Barbara Sears to providers stating ODM’s official position on the EVV timeline.